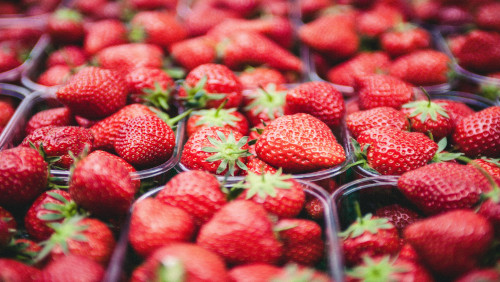 Ozone decomposes spontaneously in water and is a very reactive oxidizing agent with a short half-life. It is used to disinfect water and to oxidize colour and taste contaminants in water. It is also increasingly used for disinfection purposes of food and food contact surfaces and is permitted by the National Organic Standards for use in organic processing (including post-harvest handling) with no restrictions. Ozonized water kills over 200 pathogens including
E. coli and other life-threatening bacteria that can enter a restaurant from food, your employees, and from sources you can’t predict

Ozone Clean Technologies designs an ozone system that integrates with a customer’s existing cold water supply. The “hands of system” automatically maintains a preset dissolved ozone level and requires very little human oversight. In the event that ozone exceeds a safe level, an incorporated ozone sensor will terminate ozone production.
After installation, the ozonated produce has a longer shelf life and less spoilage occurs during transit and on the customer’s shelf. In fact, many companies can achieve a 20-50% reduction in spoilage, which results in a very rapid payback, higher products, and a significant reduction in the possibility of a headline grabbing public health issue.

Ozone Clean Technologies has developed an effective, safe and green way to minimize decay, control ripening, and enhance shelf life without the use of harsh chemicals, making it an ideal solution to protect decay-prone or ethylene-sensitive cargo. Scientifically engineered, the system enhances the atmosphere inside the container with an active form of oxygen—commonly referred to as Ozone—to control molds, yeasts, ethylene, Salmonella, E. coli,
Listeria and other contaminants in the air and on surfaces. Because it uses oxygen from the air, the system is able to continuously generate Ozone throughout storage.
Flowers represent an important and valuable global industry, and generate some of the biggest revenues among fresh commodities. However, flowers are also extremely sensitive, and are subject to leaf discoloration, premature wilting, and disease from molds and fungal pathogens such as Botrytis and
Alternaria. Consequently, cut flowers are vulnerable to large post-harvest losses running as high as 20% -35% annually, depending on the species.

Bacteria Problems:
Shelf-life of cut flowers is directly related to water uptake.
Addition of antibacterial compounds to cut flower storage water increases water uptake, enhancing shelf-life
In the floral industry, a lot of money is spent on antibacterials that have limited efectiveness
With Ozone Clean Technologies the value adds up quickly:
¬ Prolonging vase life increases value for the consignee as well as the retailer.
¬ Minimizing waste increases returns and reduces claims processing costs.
¬ Maintaining freshness over longer distances enables the use of ocean transport to reach and develop new markets.

Numerous ozone applications have been installed throughout the food industry in the United States during the past two years. The benefits to public food safety are major, especially related to the food hazards identified in the President’s Food Safety Initiative. These include newer pathogens such as E. coli 0157:H7, Listeria, and resistant cyst formers such as Cryptosporidium and Giardia, all of which are inactivated effectively by ozonation.